Tomorrow Will Shine: Poems of War and Hope from the “Yemen in Conflict” Project.

Download a PDF version of the book: Tomorrow Will Shine

Edited by Hamdan Dammag, Taher Qassim and Deryn Rees-Jones, the book brings together poems written by 20 Yemeni poets as part of the ongoing Yemen in Conflict project.

The poems were written in response to a series of creative writing workshops for the project co-ordinated by the Liverpool Arab Arts Festival between 2019 – 2021. The project was prompted by work done in association with the Universities of Liverpool and Leeds, and funded initially by the British Academy, and later Arts Council England. 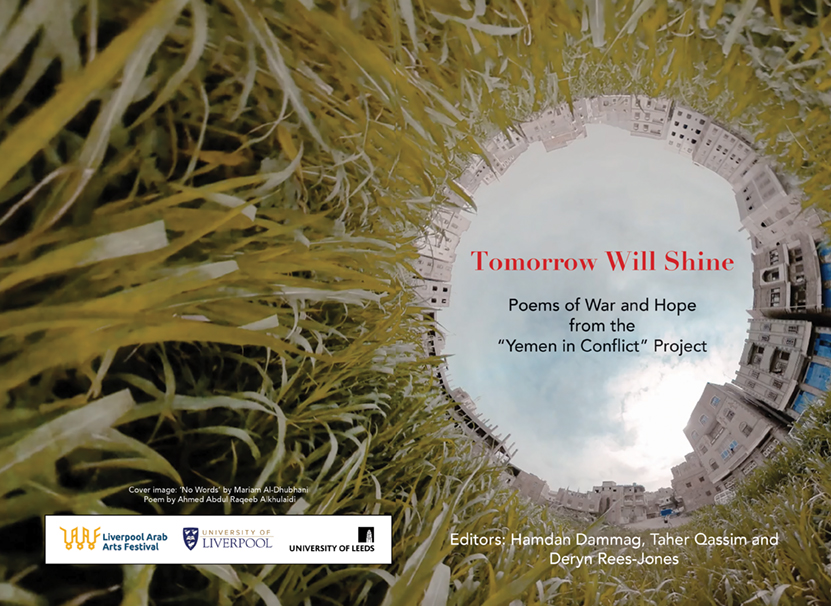 Poets included in the book: