Yemen in Conflict is a multidisciplinary project looking at how traditional and new popular literature can be protected for the long term, as conflict in the country continues.

Bringing together academic, writers, diasporic Yemeni communities in the UK, poets and artists, this project asks how storytelling can both heighten and enhance the political and public awareness of the situation in Yemen, and lead to wider cultural understanding of Yemeni and refugee communities in the UK.

In Spring 2021, we brought together four female Yemeni poets for a cultural collaboration. Read about it and the poems they performed here 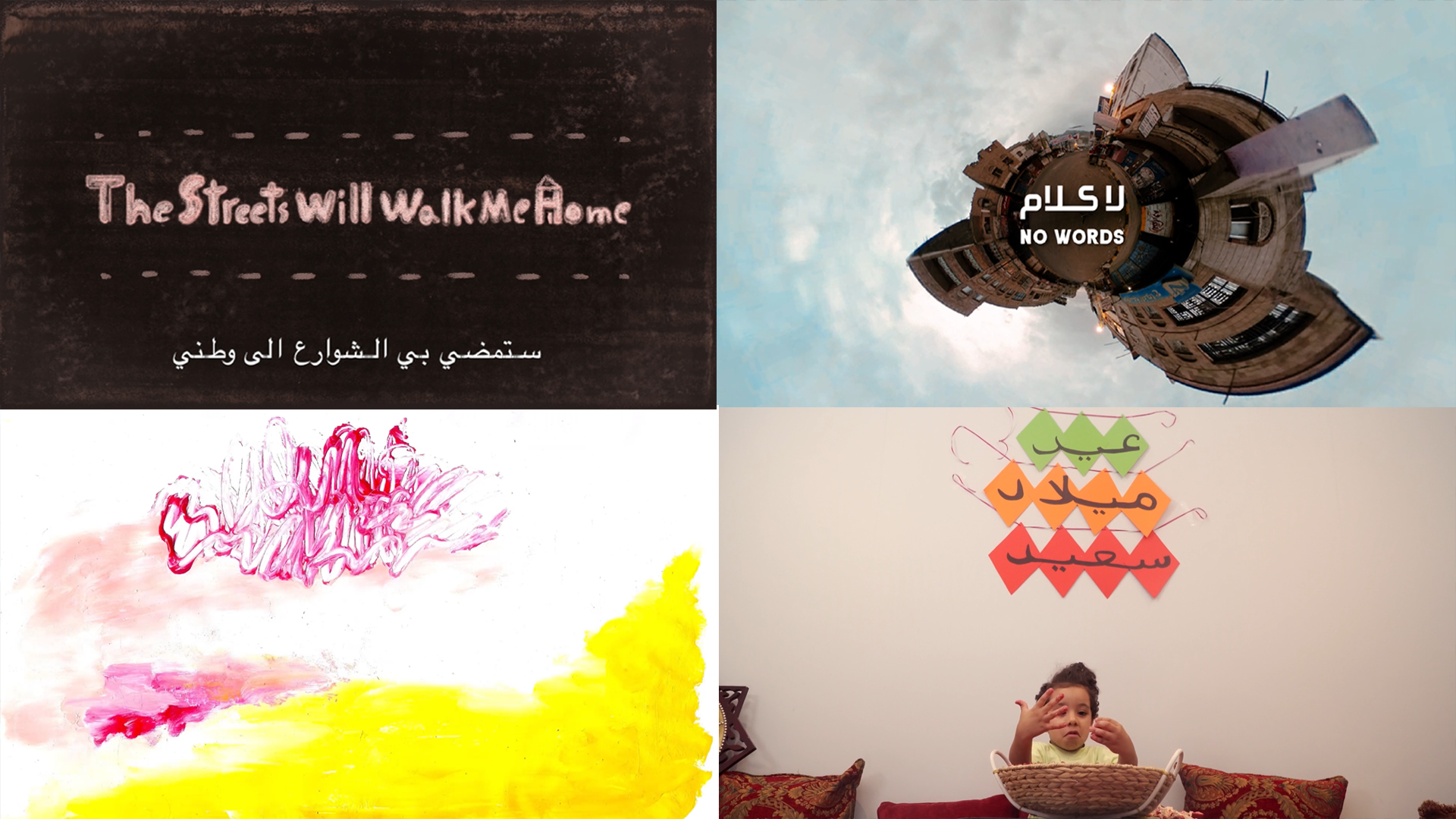 The cultural heritage of Yemen is at extreme risk due to conflict: displacement has resulted in many children not learning cultural traditions and linguistic practices of their regions. Many native speakers believe the only way to protect their oral heritage is to share the language of their regions.

Yemen in Conflict: Popular literary heritage as expression of conflict and tool for conflict resolution is a multidisciplinary project that aims to provide long-term protection to traditional and new popular literature in Yemen in face of ongoing conflict.

The material created so far includes a range of poetry, academic texts, photography and video work, and it seeks to show how storytelling and poetry can heighten understanding of the situation in Yemen, while showcasing the creativity of the Yemeni diaspora and refugee communities in the UK. Many of the poems produced for the project – importantly – address conflict resolution.

The poetry workshops, held in Liverpool, Sheffield, Cardiff and Birmingham in 2019 are captured here in a short film made by Keyhole Productions

What does art contribute to conflict in Yemen?

The poemfilms commissioned as part of Yemen in Conflict allow for a personal and artistic response to the crisis in Yemen. Poetry is a deeply personal artform, and it is rooted in Yemen’s cultural heritage. It allows the artist to reflect on their own experience, using this to point towards a wider problem or issue.

In No Words by Mariam Al-Dhubhani with a poem by Ahmed Abdul Raqeeb Alkhulaidi, the film shows the destruction of Yemen’s streets. Crumbling buildings, walls and rooms that have been damaged by bombs and gunfire are a bleak reminder of the level of physical impact on Yemen’s landscape. Streets are littered with craters and yet shops open, women walk along the pavements ready to buy food. It shows the tension between trying to conduct a normal life in chaotic circumstances.

“I cannot find anything to write”

Alongside the images, the poem reads “I cannot find anything to write”, emphasising how we rely on the tradition of artists and poets to narrate our life events. But it reminds us of the  struggle to articulate to meaningful say what is happening, perhaps to do it justice, is hard.

The challenge the individual artist finds to be a faithful narrator to the crisis provides a way in to reflect on the wider circumstance of the arts themselves and how far the arts are able to reveal what is happening in Yemen. Protecting and safeguarding Yemen’s cultural heritage was highlighted by the UN in 2015, with funds mobilised by UNESCO in August 2020.

The impact on the war on different communities, especially the young, has been of wide concern among the international community. Unicef cites 1.7 million children in Yemen who are internally displaced.

“War is not a solution”

In poemfilm Two Coloured House by Noor Palette with poem by Dr Abdul Hakim Al-Qazi, a child is celebrating their birthday. We see the young child alongside their older self. The birthday celebrations are interrupted by a rumbling bomb blast and the child and adult simultaneously hides under a table, still wearing a birthday crown. Childhood celebrations disrupted by war highlighting how childhoods themselves are paused. The adult self is in the same situation as the child, an arrested development caused by war.

The impact on lives lived under conflict is the central theme again in poemfilm In He Grew Old | Diyala Muir with poem by Hamdan Dammag. In it we see the effect of that life, how art and culture, the words and whisperings can crack and become silent. The exhaustion, the weariness of conflict affects creativity.

The poems featured in the films premiered here were written in response to a series of workshops held in Liverpool, Birmingham, Sheffield and Cardiff in 2019 as part of Yemen in Conflict. The aim of these workshops was to bring writers and readers together to explore poems written by Yemeni writers, some of which had been gathered specifically for the project under the loose theme of conflict resolution. With the help of a lead poet for each city, the workshops became places to hear historical as well as contemporary poems from Yemen.

Workshop attendance gave the opportunity for communities to read and write poetry together, and for poets in each city to share new work for the first time. As well, sometimes, as being charged with strong feelings of sadness at the current situation in Yemen, the workshops also emphasised the importance and joy of the ordinary. Writing poems brought into focus the pleasures, smells, textures and tastes of childhood; families, friendships, landscapes and beloved cities were evoked, and the poems and stories created in those workshops stand as a poetic embodiment of the communities who gathered to remember, write and imagine together. Hearing those new memories, poems and stories subsequently allowed the lead poets to reflect on their experiences, creating newly-commissioned works of their own. In doing so they speak both for and with the participant whose words and ideas helped so generously to bring them into the world.

Translated in turn by visual artists and filmmakers the poems again take on new and exciting forms. All the poems were translated from Arabic to English and from English to Arabic, so that not only have the poems reached new versions of themselves in another artistic genre, but they also inhabit different versions of themselves through the mediation of another language. Whether they evoke the iconic streets of Sana’a or Liverpool, or the imagined gardens of the mind, these poems create what the poet Carolyn Forché has called a ‘poetry of witness’; they are part of a ‘living archive’ that speaks to the experiences of Yemenis in Britain today.

Mariam Al-Dhubhani is a Yemeni-Russian award-winning journalist, filmmaker, and curator. Al-Dhubhani is currently doing an MA in Museum and Gallery Practice at UCL Qatar. She first pursued her passion for media during the 2011 Arab uprisings and co-founded her first media production. Al-Dhubhani’s films have been screened globally in festivals such as Carthage, Interfilm, and Oaxaca. She also utilizes Virtual Reality in highlighting stories from Yemen.

Born 1970. Married with 7 children, 4 boys and 3 girls
Studied in Taiz University, Yemen, Faculty of Arabic Literature 1994. Works in one of Cardiff industries, UK.
A writer and a poet since childhood. Participated in many events in this area.
‘I dream peace will prevail in my country Yemen…and the war stops.’

Olivia is a theatre director and writer working across theatre and installation; indoors, outdoors and in places you weren’t expecting to find her.

She received a collaborative MA in International Performance Research from the Universities of Helsinki, Warwick & Amsterdam and went on to take up a movement director traineeship at Opera North in 2015. She has directed, assistant directed and dramaturged work for York Theatre Royal, London International Festival of Theatre, Ensemble52 and Theatre Hullabaloo. She is co-artistic director of ivo theatre whose work spans theatre, XR and installation.

Her work focuses on borders (both those which are written into the mind and drawn into the ground) and how humans find ever-ingenious ways to cross them.

Amina Atiq is a Yemeni- Scouse writer, a performance artist and activist.

She was awarded the Liverpool John Moore’s University Citizenship award for her active and community engagement work and awarded the best North West volunteer by Human Appeal. Awarded as a Young Associate for Curious Minds and BBC Words First Finalist 2019.

Amina is currently developing a spoken word monologue with DadaFest, inviting the audience to a 1970’s Yemeni-British household, untangling what it means to belong.

She is currently a remote writer in residence with Metal Southend, working on a new project ‘Yemeni Women on the Frontline’, while working on a new commissioned writing in response to the historic Sutton Manor. Her new work can be found on IWM, Writing on the Wall and LightNight.

Diyala Muir is a drawing-based animation artist. She enjoys using printmaking and observational drawing in the development process and graduated from the Royal College of Art animation programme in 2016. Diyala primarily makes films and loops addressing the human cycles of loneliness and sexual desire.

Hamdan Dammag is a prize-winning novelist, poet and researcher, with several publications. With diverse research and writing interests, he received his PhD in computer science from the University of Reading and worked as an academic, journalist, human rights activist and political analyst. He worked as Managing Editor of Yemen Times newspaper, Editor-in-Chief of Ghaiman literature journal, and Vice President of the Yemeni Center for Studies and Research (YCSR) in Sana’a. Currently he works as a freelance editor and researcher, executive director of Tamadon for Media and Cultural Development (UK), and a member of the executive committee of Labour Friends of Yemen and the British Yemeni Society. Born in Ibb, he is the son of renowned Yemeni novelist Zayd Mutee Dammaj. His recent books include: “The Agony of Silence: A Collection from al-Baradouni’s Poems”, 2018, “The Gemstone of Attakkar Mountain” (a prize-winning novel, 2015) and “No One Was But Me!” (a poetry collection 2013).

Noor Palette is a presenter, DJ and filmmakerfocusing on the themes of culture, gender and home. Some of her previous work includes the production of a short film commissioned by and showcased at the Victoria and Albert Museum on finding a home away from home and working on the production and narrative concept of two Nike short film campaigns. Her passion for TV and film extend to her work in broadcast journalism, recently interviewing the CEO of BBC Studios on inclusion behind and in front of the camera. Noor is also the Features Editor at AZEEMA magazine, focusing on underrepresented womxn globally. As a DJ, she is known for playing upbeat popular records infused with Middle Eastern and North African sounds. By background, Noor is a Master of Public Health with specialism in mental health, informing much of Noor’s creative work.

Dr Abdul Hakim Al-Qazi is a medical doctor born in Yemen, studied in Yemen, Pakistan and England. Practicing as a GP in Birmingham. Beyond medicine, Dr Al-Qazi is interested in Arabic poetry, literature and politics. He is strong believer in human rights, freedom, equality and moral values.