ISOTYPE is a series of images inspired by Otto Neurath’s theory on isotypes – which he considers to be a universal and non-verbal language – which aims to transform information into visual forms. In this sense, what could be more universal than the emoji in our digital age? I use this iconography (Emoji) common to all people and cultures to talk about a problem that concerns us all, and which requires action on a global scale. 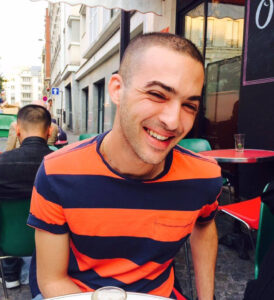 Walid Bouchouchi is a graphic designer and Fine Arts graduate from Algiers. He is interested in the link between writing and oral expression in the different languages and cultures, with which he is frequently confronted between Algiers, Marseille and Paris. He founded the AKAKIR studio in 2016, participated in numerous international  exhibitions and produced the branding for several cultural festivals.