This Lebanese film addresses the 1982 war, with writer and director Oualid Mouaness choosing to tell the polemic and politically charged story from two perspectives; through the eyes of children and adults.

It is June 1982 and Israel invades Lebanon, a country just north of its border already reeling from an ongoing, fractious war. In a Quaker school in the mountains above Beirut, an 11-year-old Wissam tries to tell a classmate he has a crush on her, while his teachers on different sides of the political divide try to mask their fears.

Receiving its world premiere at Toronto International Film Festival, where it won the NETPAC Award, 1982 was Lebanon’s official entry for the 2020 Academy Awards. Director Oualid Mouaness, chooses a cataclysmic moment in Lebanon’s history for his feature debut, but tells it through a different lens. He himself was ten year’s old when the invasion took place, “looking up at the dogfights in awe and disbelief”. The film is his recollection of the day and it roots it in a fresh perspective, the experience of the children as chaos unfolds around them. 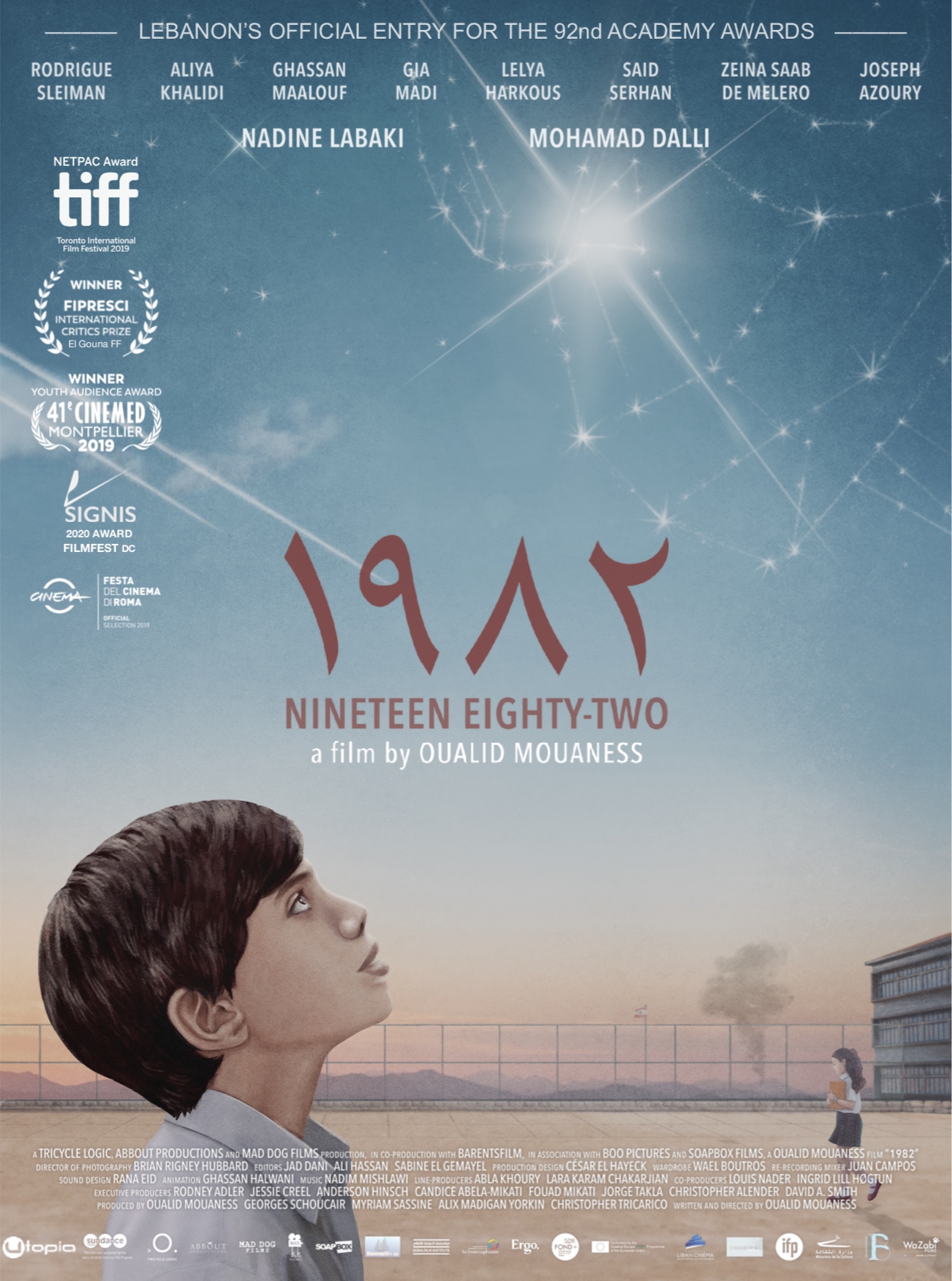