Curated by Sheyma Buali, BBC Arabic Festival Director, these four short films take us through the effects of war on individuals and their families. Whether in an assumed safe zone, in exile, or remembering previous generations who spoke out for justice, these dramas take us on a voyage across today’s Arab World. Informed, accomplished, and impassioned, each film presents an imagined, yet realistic, telling of the consequences of war and the hope for freedom.

These films have all screened as part of BBC Arabic Festival in their respective years as finalists in the short film category.

This programme is part of our celebration of Arab Cinema, a series of features and short films from Arab filmmakers reflecting on different stories from the Arab world and Arab diaspora.

If you sign up to watch our selection of films, you’ll be sent a link to the films from Thursday 9 July 2020. The films will be available to view, privately, until 18 July 2020. We have worked with each individual filmmaker to secure permission to screen their film, please respect their rights and their own copyright over their content.

Films in English and Arabic.

During the summer of 2014 Gaza war; in the battered neighborhood of Shujaiya, A -37 year, Salma takes her house as a shelter to protect herself and her daughter Alia from the attacks outside, until she receives a message informing her of their impending fate. One Minute takes us through a journey between the moments; when Salma receives funny text messages from a friend and when she receives an evacuation message from the Israeli Army. Powerless at the mercy of war tactics, all Salma and her baby have are those moments.

A Jordanian director and producer of Palestinian roots, Dina Naser first graduated with a BA in Art and Graphic Design in 2003. And in 2013, Dina was granted the Docnomads scholarship program for Master Degree Documentary Filmmaking in Lisbon, Budapest and Brussels. Post graduating, she followed her passion for filmmaking, and worked her way through diverse TV and film productions. She then transitioned behind the camera, and began to independently direct and produce. Dina’s devotion for documenting is inspired by people who are seemingly ordinary, until you learn of their unsung circumstances, and by stories that spring from her homeland in Palestine. Her subjects are presented with poise and untainted perception, often touching on the veiled layers of certain communities and habitats.

Tiny Souls – the feature length documentary is Naser’s latest production. Released in 2019, it was selected and awarded in many international film festivals such as  CPH: Dox , IDFA, DOK Leipzig, Sheffield doc/fest, BUSAN International Film Festival, dokufest and many more.

Threatened in Syria, Neda, a 25-year-old student, had to flee to France for safety, leaving her mother and little brother behind under the bombs. She desperately attempts to communicate with her family daily, trying to convince them to leave Syria but the connection rarely goes through. This story is a mental and emotional ride through the impact of war and the impossibility of breaking away after leaving the war zone.

A Lebanese-Canadian filmmaker, Katia Jarjoura directed several documentaries in the Middle-East (The Road to Kerbala, Goodbye Mubarak, Lebanon sitting on a Volcano) for the French-German channel ARTE. She also made two short fiction films: In their Blood (France 2 award at the Brest Film Festival, 2009) and Only Silence, that was broadcast on France 3. As a consultant and teacher, she conducted several short film workshops in the Middle East, among which in Iraq, in Libya and in Algeria. Katia is now based in Paris, where she works on several documentary and fiction projects.

A woman, in her early thirties, arrives in some kind of military prison in order to free her parents. A glass blower guides her through the acceptance of the impossibility of her quest by wearing her out through a repetitive and alienating work.

Mariakenzi Lahlou is a young Moroccan screenwriter and filmmaker living in Rabat, Morocco. She has a bachelor’s degree and a Master’s degree in Cinema (Filmmaking and art) from the University of Paris 8. Through cinema she wants to reach, as much as possible, the universal, the human, to better understand some questions that are usually absorbed by a too often biased vision of our world, our time, and what comes from it. Al Nidae (The Calling), which she wrote, directed and produced, was her first professional short film.

She’s currently working on two features, one of which, ALI, was selected into a Global Media Makers workshop in 2019.

Introducing a cast of young first time actors and war survivors who channel their personal experiences of loss and new beginnings through a fictional narrative, Rupture follows the journey of four Arab kids whose trauma’s surface while on a quest to find a public pool in their new city.

Yassmina Karajah is a Jordanian-Palestinian screenwriter and director who splits her time between Amman and Toronto. Her short films have screened internationally in festivals such as the Toronto International Film Festival (TIFF), American Film Institute (AFI) Dubai International Film Festival (DIFF), and Melbourne International Film Festival (MIFF), amongst others.
Her most recent film Rupture (2018) premiered at TIFF, was part of MoMA’s New Directors/New Films and won the Grand Jury prize at Slamdance, where she was the first recipient of the Russo Brother’s Fellowship Award. As a result, she is currently developing her first feature set in Jordan, with the support of the Russo Brother’s AGBO films.
She is an alumna of the University of Bristol Law School, holds a degree in Film Production from the University of British Columbia and is a graduate of the Canadian Film Centre’s Directors’ Lab.
Cast: Asaad Al Arid, Salam Almarzouq, Hussein Al Ahmad and Wazira Al Ahmad.
Producers: David Findlay, Leen Issa, Virginie Nolan
Director of Photography: Blake Davey
Image: Only Silence, Katia Jarjoura, 2017 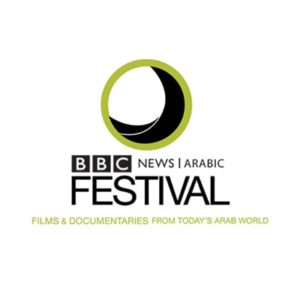